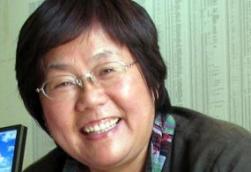 
Although the high profile Chinese artist Ai Weiwei finally resurfaced after more than 11 weeks in detention on 21 June, many lesser known figures are still languishing in Chinese jails following a round up of activists earlier this year. Wang Lihong is a case in point — and an example of how injustice begets injustice in China’s dysfunctional legal system.
Wang Lihong has a long history of activism, including work on behalf of petitioners who have suffered violence at the hands of the authorities and campaigns for Chinese lawyers targeted because of their advocacy work. Like Ai Weiwei, Wang was rounded up in the weeks following anonymous online posts calling for a "Jasmine Revolution" in China earlier this year. She has now been in detention for 17 weeks. On 21 March she was charged with "inciting social unrest," but on 22 April this charge was reduced to "disturbing public transportation in a crowd." 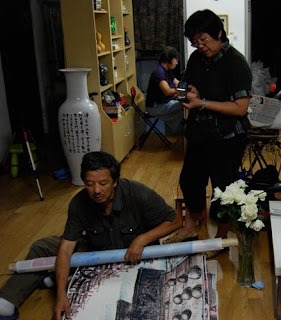 
The new charges are believed to relate to Wang’s participation in a protest on 16 April 2010, outside a courthouse in the city of Fuzhou in the southern province of Fujian.
On that day a trio of activists, who have come to be known as the "Fujian Three," were given jail terms ranging from one to two years for their involvement in publicising the case of Yan Xiaoling, a 25-year-old woman who died in suspicious circumstances in early 2009. Yan’s mother strongly suspects her daughter was gang-raped and murdered by a group of men closely linked to local security officials.
When Yan’s mother approached activists about her daughter’s death and the alleged cover up, several placed posts online recounting the mother’s version of events and calling for an investigation into the case. Some of these posts have been translated here. Rather than investigate Yan Xiaoling’s death, however, local police arrested the bloggers, and later charged three with slander. Wang Lihong’s involvement in a protest on the day of their sentencing appears to be the pretext for her current detention.
This chain of events illustrates the style of repression carried out by China’s security forces, designed to instill fear and prevent anyone speaking out on issues relating to abuses of power. Even the friend in China who drew my attention to Wang Lihong’s detention stated that she constantly expects "a knock on the door" thanks to her writings about Wang’s case. It’s an insidious cycle that not only allows corruption and abuses of power to go unchecked — it also fosters widespread distrust of the police and courts, and a smoldering resentment that is increasingly provoking catastrophic outbursts of violence.
On 1 July 2008, for example, a young man named Yang Jia walked into a police station in Shanghai and randomly murdered six uniformed officers with a knife. It later transpired that he had earlier been taken into custody on suspicion of stealing a bike — which he had in fact rented — and was badly beaten by police while in detention. In 2007 he had similarly been beaten by police in Shanxi Province. His mother, who was to testify about her son’s mistreatment prior to his murderous rampage, was forcibly detained in a Beijing psychiatric hospital until after her son’s trial. Widespread sympathy didn’t prevent Yang being executed by lethal injection on 26 November 2008. Wang Lihong later interviewed Yang Jia’s mother about her son’s case and wrote about it online.
More recently, on 26 May this year Qian Mingqi detonated a trio of bombs near government buildings in Fuzhou, Jiangxi Province (not the same Fuzhou that hosted the trial of the Fujian Three). In an all-too-common story in contemporary China, Qian’s home had been forcibly demolished by local authorities in 2002, in exchange for a paltry sum of compensation. This video, allegedly shot in Zunyi in China’s southwest, gives some idea of the savage brutality with which these forced demolitions are carried out. After petitioning for a decade for proper compensation to no avail, Qian decided to take his own life in May’s suicide bombing. Once again, the case engendered widespread sympathy inside China.
Less than a fortnight later, on 10 June, another bomb attack targeting a government building occurred in Tianjin, a major city around 100 kilometres from Beijing. State media later said the detained suspect wished to "take revenge against society", but no other details of the case have been published.
Then last week, on 18 July, an attack on a police station in Hotan in the far west province of Xinjiang saw four staff killed, and 14 rioters gunned down by police, according to state media reports. Xinjiang suffers from long-standing tensions between the ethnically dominant local Uighur population and Han Chinese, and race riots across the province in 2009 left nearly 200 dead. Chinese state media reported the 18 July incident was a "long planned" premeditated attack, while the World Uighur Congress claims that the violence was caused by security forces opening fire on a demonstration, staged by locals demanding to know the whereabouts of relatives arrested by police during the previous fortnight.
Either way, the bloodshed is a troubling reminder of the simmering racial antagonisms in many of China’s outlying regions.
These incidents have sprung from a diverse range of grievances, and the Xinjiang attack has occurred against a complex historical backdrop. The common thread running through all this violence, however, is the sense that ordinary Chinese citizens have no legal recourse for injustices perpetrated by local governments or security personnel. The state’s direct control of the legal system and censorship of the media means people like Wang Lihong and the Fujian Three are the only figures many feel they can turn to when they are abused by police and ignored by China’s judiciary.


Meanwhile the state expends vast amounts of time and resources persecuting the likes of Wang Lihong — who does not advocate violence and campaigns for a greater rule of law — while allowing corruption and blatant abuses of power to go unchecked. Treating these activists as the cause of social unrest only perpetuates a cycle of frustration that all too often is leading to disastrous consequences for all involved. The fact that public sympathy often lies with the perpetrators of attacks on government offices and police stations indicates how chronic the crisis of confidence in China’s rule of law is becoming.


Wang’s supporters have created a blog detailing developments in her case here (Chinese language only).
http://www.newmatilda.com.au/2011/07/28/meet-china-other-dissidents
志愿者: 灵魂飘香 at 21:08