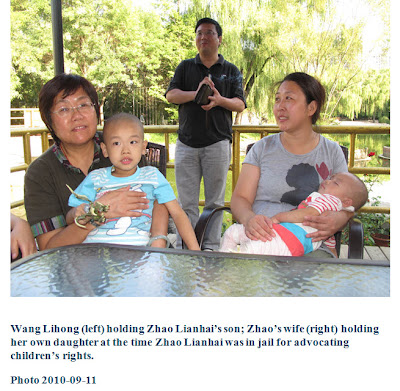 (The below is according to information provided by relatives and friends of Wang Lihong. Additions and corrections are welcome.)


Wang Lihong was born in October 1955 in a military cadre’s family in Qingdao, China. She went to primary and middle school in Beijing. In April 1975, she was sent to Yan'an in northern Shaanxi province as part of a Cultural Revolution campaign to expose urban Chinese to conditions in China’s countryside known as the “Down to the Countryside” movement. There she attended Yan'an University, studying in the department of Chinese Language, between October 1978 and July 1982. After graduating from college, she returned to Beijing and worked in a government agency. She left the agency in 1991 and started doing business. She retired in 2008. As such, she had more time to go online and started engaging in public interest work. Wang Lihong put her idealism and humanism into practice through various online activities: she started a blog, reflected on citizen rights, took note of the plight of women in China, and committed passionately to volunteer activities such as investigation by citizens on those covered up issues.

Email ThisBlogThis!Share to TwitterShare to FacebookShare to Pinterest
标签: bio